The British channel is filling its Christmas schedule with a lot of audience’s favorites, says The Hollywood Reporter. 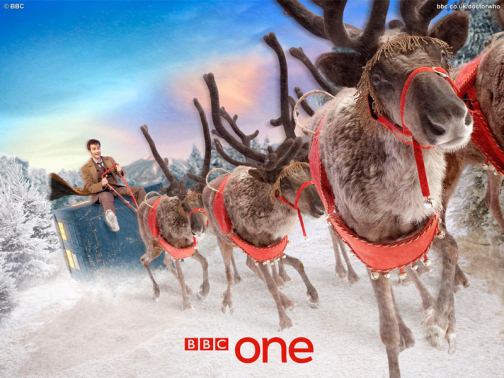 Danny Cohen, BBC’s director of television, said that the mix-up of all genres of television programs and movies for all ages “is something license fee payers rightly expect from the BBC, and this year’s holiday schedule delivers that.”

A special episode of Doctor Who is in order and Benedict Cumberbatch will make his return as Sherlock, and old favorites of the public like Strictly Come Dancing and Call The Midwife are airing special Christmas-themed episodes.

In order to attract even more viewers, BBC will be airing a lot of Hollywood movies which have yet to premiere on British television: for young viewers, Toy Story 3, Cars 2, Megamind, Kung Fu Panda: The Kaboom Of Doom and Gnomeo and Juliet and for older viewers, Pirates Of The Caribbean: On Stranger Tides and Little Fockers, among others.

There will also be special Christmas programs like The Fir And The Tree, “a biography of a Christmas tree based on a story by children’s author Hans Christian Andersen,” and a brand-new movie, Gangsta Granny.

Also on the schedule are classic U.K comedies that are always a hit for the older public and the live broadcast of the Christmas mass on Christmas Eve directly from Westminster Abbey.