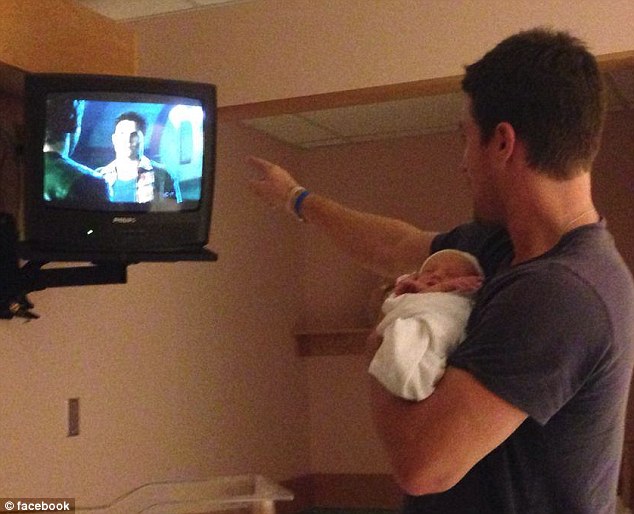 Yesterday, the actor posted a picture of him holding his newborn daughter, Mavi Alexandra Jean Amell, while watching his cousin Robbie Amell in CW’s new show, The Tomorrow People. Amell jokingly captioned the photo with, “She came just in time for Amell Wednesdays”.

It’s the first baby for the Arrow actor and his wife Cassandra, who have been together since 2009 and got married last Christmas, while on vacation in the Caribbean.