Keeley Hawes to Star as ‘Doctor Who’ Villain - mxdwn Television

Keeley Hawes to Star as ‘Doctor Who’ Villain

The British actress will guest star alongside Peter Capaldi and Jenna Coleman. 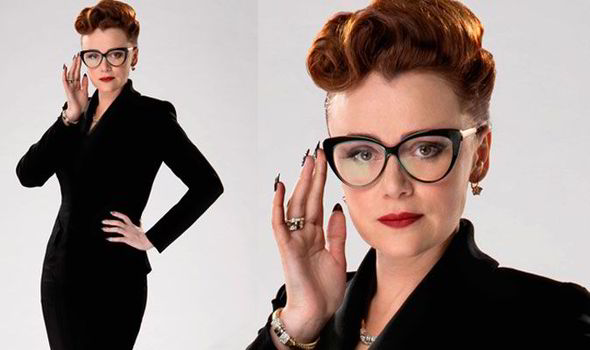 Keeley Hawes, the actress who currently stars in Line of Duty, will make an appearance on the British series as Ms.Delphox, a powerful banker with a dark secret. “I am delighted to join Doctor Who and to be working with this incredible team. Ms Delphox is a great character and someone I’ve had a lot of fun playing,” Hawes said in a statement, as told by The Hollywood Reporter.

The twelfth Doctor (Peter Capaldi) and Clara Oswald (Jenna Coleman) will meet the enigmatic Ms. Delphox when they venture onto a strange planet. The episode is directed by Douglas Mackinnnon whose work includes Line of Duty and Doctor Who.

Steven Moffat, the executive producer of the show said in a statement: “Anyone watching Jed Mercurio’s amazing Line of Duty will know that Keeley Hawes is having one hell of year. And now it’s about to get even better as she achieves the greatest villainy yet attempted on Doctor Who: She plays a banker.”

Keeley Hawes will star alongside Samuel Anderson (The History Boys and Gavin & Stacey) in the episode written by Steve Thompson (Sherlock). As noted by The Independent, the actress is one of a long like of stars who appeared on the show like Dougray Scott, Kylie Minogue and John Hurt.

Last year, Doctor Who celebrated its 50th anniversary and the filming for the first-ever series of Capaldi as the Time Lord is underway.