The New York Times recently published a full in-depth character profile on the much loved comedian, Ellen DeGeneres, as she contemplates whether she should continue her talk show career. Which may come as a surprise to many, considering her long reign on prime time television.

DeGeneres is known for starring in the popular sitcom Ellen from 1994 to 1998 and of course her hostess work on the syndicated TV talk show, The Ellen DeGeneres Show, since 2003. She also has become a prominent figure in the LGBTQ community, after making her personal experiences on being gay public.

DeGeneres’ dilemma comes on the heels of Netflix’s recent announcement of her special titled Relatable, which will premiere Tuesday, Dec. 18.  The NYT article quotes DeGeneres wife, Portia de Rossi, as saying that “there are other things she could tackle” in her career. A strong argument, considering DeGeneres’ increasing age. 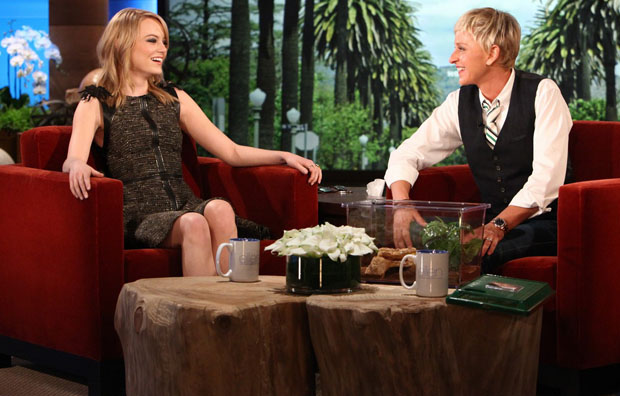 However, her brother Vance DeGeneres, has alternatively suggested that her signature upbeat personality allows her audience to enjoy an outlet that is also simultaneously positive. Although, the comedian admits in her interview that she is much more than her persona and the role comes with “certain burdens and constrictions.”

Due to her prolific and even more remarkable career, DeGeneres has successfully taken over Oprah Winfrey’s spot as the “queen of inspirational daytime talk” and cemented herself as a beacon of hope, kindness, and positivity. A lighthearted form of escapist comedy that touches millions of viewers.

The host recently has extended her contract up until the summer of 2020, although she has explained that she switches back and forth from a concrete decision “all the time” when it comes to deciding the fate of the flagship show.

Audiences can be rest assured she will pursue future endeavors while still maintaining her show’s benevolent messages. And as de Rossi explained, “I just think she’s such a brilliant actress and standup that it doesn’t have to be this talk show for her creativity.”

Ellen’s Favorite Moments can be viewed below: