The Dysfunctional Family Behind the Candelabra

“I want to be everything to you Scott. I want to be father, brother, best friend,” says Liberace (Michael Douglas) to the young Scott Thorson (Matt Damon) in HBO’s new feature film “Behind the Candelabra.” The film, directed by Steven Soderbergh, tells the story of the aging and flamboyant Las Vegas pianist, Liberace, as he sets his sights on Scott Thorso, a dog trainer from Los Angeles, whom he hires as a chauffeur that eventually turns into the job of boy toy. It is set to premiere this Sunday on HBO. 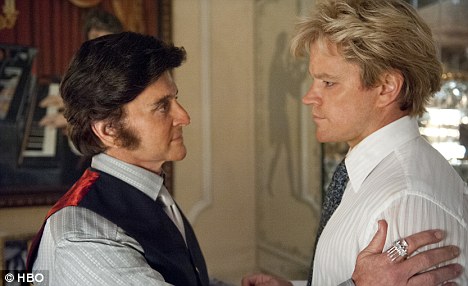 Soderbergh’s self declared final feature in film closely follows the convoluted relationship between this cultural phenomenon and his chauffeur/confidant/lover in a script carefully adapted from Thorson’s 1991 memoir by Richard LaGravenese.

At the 1982 Academy Awards Liberace said, “I made my greatest contribution to motion pictures years ago. I stopped making them,” but perhaps his story will be remembered as his greatest contribution. The film was shown at the movie industry’s largest gathering, the Cannes Film Festival and is up for the Palme d’Or award for best picture which will be presented on Sunday.

The film comes at a time when the spotlight has been thrown on gay rights, and it seems only fitting that Liberace should stand in the spotlight though Liberace himself publicly denied being homosexual. Reuters reported that it took Soderbergh five years to find the 25 million in funding as many investors saw the movie as only appealing to the gay audience and therefore a large risk. However, in a press conference Soderbergh said, “In making the film, the socio-political aspect of it was not really in my mind but I was focused on […] trying to make this relationship as believable and realistic as we could.” Douglas and Damon were both eager to work on the project even despite Douglas’s recent fight with throat cancer which was diagnosed in 2010.

Though putting “Behind the Candelabra” on HBO as opposed to being released in theaters eliminates it from being in the running for an Oscar, Soderbergh is quoted in the Guardian as saying, “Our attitude was: ‘More people are going to see it this way anyway.'” Scriptwriter LaGravenese even remarked that American TV is “more exciting creatively” than film with Soderbergh saying that, “In terms of cultural real estate, TV is really taking control of a certain kind of conversation that used to be the exclusive domain of movies.” Both seemed to reiterate that television is the place that a writer may freely write a novel to be shown without the restrictions that one is likely to find in Hollywood.  Douglas believes that TV is “economically more advantageous as well as more autonomous” for writers as we have recently seen with the success of shows such as Breaking Bad.