The Simpsons in 4D is a first-of-its-kind attraction with authentic recreations of the show’s staple locations and hang outs like Kwik-E-Mart and Krusty Burger. The show will feature family-friendly motion experiences, as audiences get to interact with the Simpson’s character in the state-of-the-art Aztec theater at Broadway at the Beach. Tickets are available daily at the box office.

Matt Groening’s, The Simpsons, is considered to be the longest-running prime time scripted show in television history — exploding into a cultural phenomenon by the 1990’s. The animated series has since remained as one of the most groundbreaking and innovative entertainment franchises, recognizable throughout the world with its influence being a major driving force behind the Broadway attraction.

As part of an exterior interactive show outside of the Aztec, some of the series’ featured characters are lined up outside. Meanwhile inside the theater lobby, guests can join Homer and Marge on the red carpet, celebrate the career of Troy McClure, and enjoy pre-show clips featuring other characters such as Itchy and Scratchy. 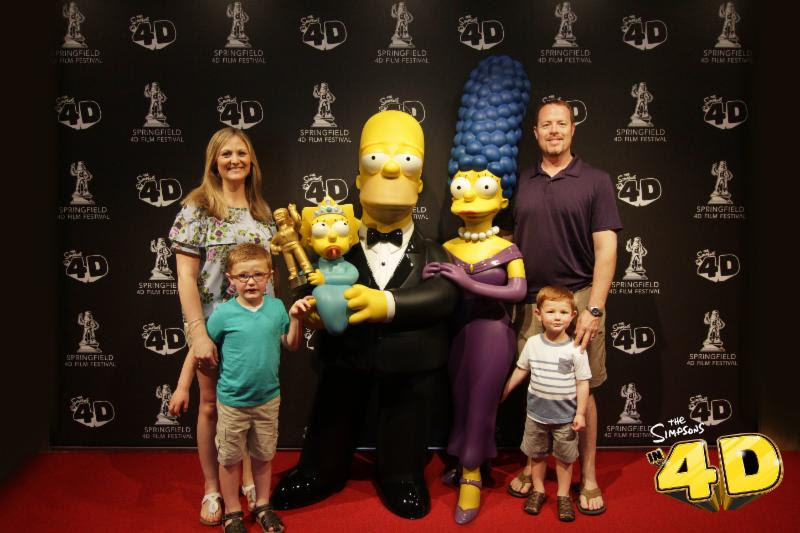 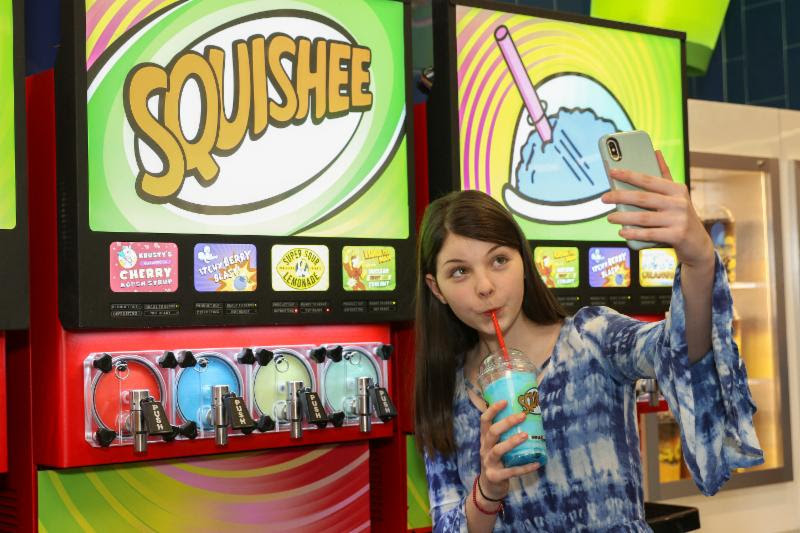 The authentic Kwik-E-Mart replica next door, even gives guests the opportunity to explore the fully-themed convenience store as its brought to life through a selection of select products, including Buzz Cola, Lard Lad Donuts and six show-inspired Squishee flavors.

The Simpsons in 4D was created in partnership with SimEx-Iwerks Entertainment, FoxNext Destinationsand Gracie Films. “We are excited to share this immersive, multi-sensory experience featuring the world’s most advanced 4D attraction technology,” says Michael Needham, Founder and CEO, SimEx-Iwerks Entertainment. “The reaction to the opening of the Kwik-E-Mart has been overwhelmingly positive and we see fans from all generations thrilled to be part of The Simpsons story.”