Red Widow will be one of six ABC series to not be renewed for the coming year. The full first season, which consisted of eight episodes, aired mid-season. The show was based on a Dutch series called Penoza, a crime drama created by Pieter Bart Korthuis and Diederik van Rooijen, about a woman, Carmen, who is forced into the organized crime world of Amsterdam after her husband is brutally murdered in order to protect her children.

The American version of Red Widow follows much of the same premise with Marta Walraven (Radha Mitchell) being forced to leave behind her life as a Northern California housewife when her husband is murdered due to the occupational hazard of organized crime. Marta realizes that the only way to keep her family safe is to follow in his footsteps.

Despite its initial 7.13 millions viewers the show finally dropped off to 3.41 million viewers by the season finale which aired on May 5. According to Mary McNamara of the Los Angeles Times, “It wants to have it all.” This remark she made after only the pilot episode seems to have held true for the rest of the season. The show wanted everything from the sympathetic housewife to the powerful drug lord and in the end the show could not quite come together. 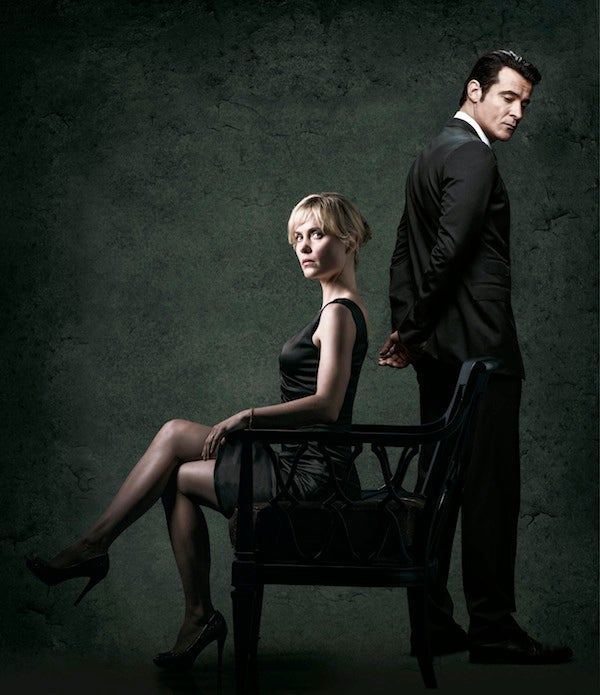 Red Widow joins the five other ABC shows that were canceled last Friday, Body of Proof, How To Live With Your Parents, Malibu County, and despite much opposition, Happy Endings. In all, the network has already canceled ten series with the future of Family Tools and The Neighbors still uncertain.

Though many shows will be canceled on the network, there will be several new comedies to air in 2013-2014. Rebel Wilson’s new comedy Super Fun Night is one of the anticipated comedies in addition to Mixology and several others. ABC also has several new dramas planned such as Once Upon a Time in Wonderland, the Returned, and even the new show produced by Sofie Vergara, Killer Women.