Netflix’s Daredevil and Jessica Jones series have been very successful and the Luke Cage series is expected to be just as engaging.

As many are aware, Marvel teamed up with Netflix by having individual series centered on all four members of The Defenders (Jessica Jones, Daredevil, Luke Cage, Iron Fist). And eventually these four will join forces.

Check out the poster below: 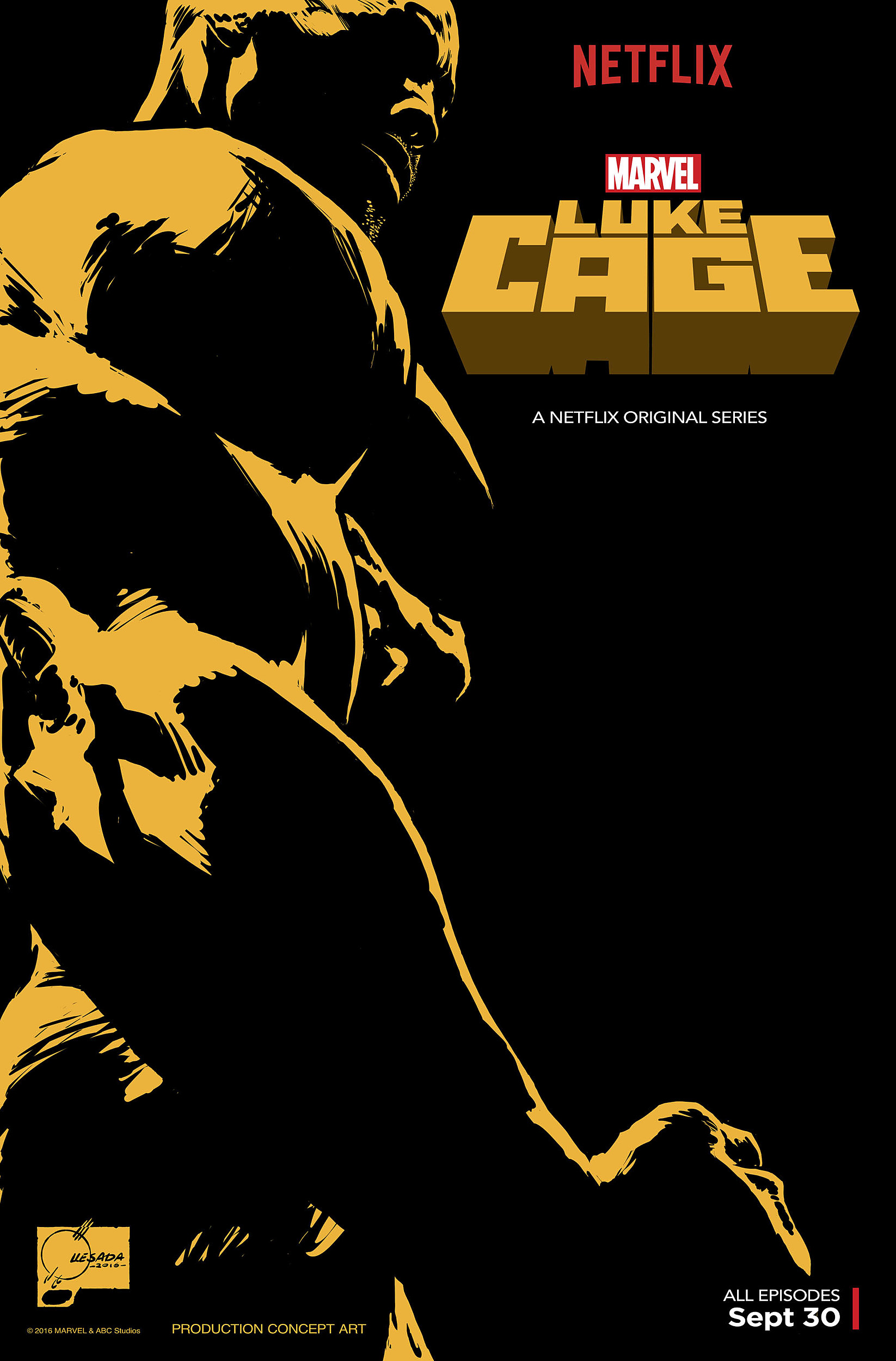 In regards to the poster, Quesada explained how “There’s always great pressure with superhero posters. You’ve got one shot to encapsulate a character with a pose that’s provocative and that you hope will someday be iconic.”

During the San Diego Convention Center between July 20-24, fans can pick up their own Luke Cage poster at the Marvel Booth.

Cheo Hodari Coker, serves as the showrunner and writer for the upcoming Netflix series and stars Mike Colter as bullet-proof/super-strength comic book character. Mahershala Ali is portraying Cottonmouth, Alfre Woodard plays Mariah Dillard, and Simone Missick will tackle the role of Misty Knight. Rosario Dawson, who we’ve already seen in both the Daredevil and Jessica Jones series will return as Claire Temple. Viewers will also be introduced to Claire Temple’s mother Soledad, portrayed by Sonia Braga.

“It’s very sophisticated. I mean, it’s got a ’90s hip-hop vibe, but it’s really forward-thinking. We have Adrian Younge and Ali Shaheed Muhammad doing the scoring for us. We have a lot of different musical appearances, but at the same time, we’ve got the Marvel action. We’ve got drama. I would like this to be, I mean, I know this is heavy but, The Wire of Marvel television, because we really deal with a lot of different issues.”

The series will show how Luke Cage gets his powers after an experiment goes wrong leaving him with super strength and unbreakable skin. Later, he becomes a fugitive attempting to rebuild his life in Harlem, New York City. But he is forced to come out of the shadows to fight a battle that he cannot bury.