As summer is beginning and the beginning of the end of Breaking Bad draws closer, talk is growing of the series living on in another form. A spinoff may be in the works between creator Vince Gilligan and Bob Odenkirk, the actor who plays Saul, the horribly awful, cannot-get-enough lawyer in Breaking Bad. The talks began back in November in 2012 when Gilligan told Entertainment Weekly, “I would love to see a Saul Goodman spinoff when it’s all said and done… I love the idea of a lawyer who will do anything to avoid going to court.” As April came it seemed that those who were being starved for information on the final season of Breaking Bad began to turn to a possible new beginning with Saul to settle their Breaking Bad addiction.

In an interview with Empire that featured a six-page spread on Breaking Bad, the magazine asked Gilligan if a spinoff could “dilute” Breaking Bad. “Well, you never assume lightning is going to strike twice.” He went on to say, “I think a Saul Goodman show would be a great deal of fun, and a great challenge, and something I would look forward to doing. It’s definitely not set in stone yet, it’s definitely the early days of the process, and it may happen or it may not.” 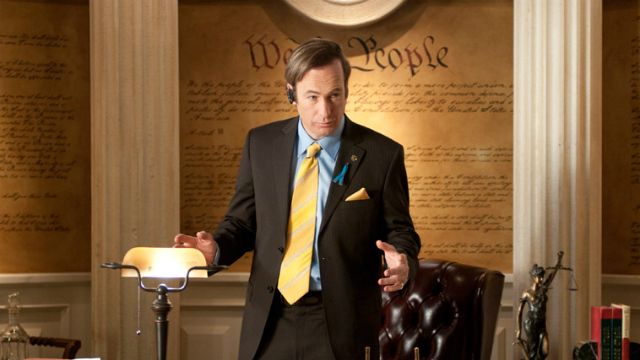 For those who automatically counter the creator’s idea that a Saul spin-off would be a fun and good idea by saying that it is not even worth doing, which he has asked himself, he has an answer for you. “I think it is indeed worth doing, and the way to approach it is by knowing that it’s not going to be the same thing. It’s not to be completely of a piece with the original show, but if it’s a challenge, and it’s interesting to us to do it, that’s reason enough.”

Of course for those who cannot be appeased with talk of a spin-off to settle that need for Breaking Bad, Gilligan told Empire, “As far as great endings go, I have to cite M*A*S*H as a touchstone for a series that went for a great many episodes – over 250, I think – and ended in a satisfying fashion nonetheless… M*A*S*H structurally has the perfect ending and the obvious ending, in fact, built into the show right from the very first episode […] and sometimes the most satisfying ending is the most obvious ending.”

We will all find out that ending starting with the premiere of the season finale August 11. Until then, Breaking Bad lovers will have to turn to Saul.